Why should I become an Owner now, instead of waiting for the store to open?

The short answer is… because we’ll open the store sooner! Under the Four Cornerstones in Three Stages model that we are using, our community-owned grocery store will not open without 1,000 Owners. This is the level of Ownership that proves we have community support and that we are ready to open. 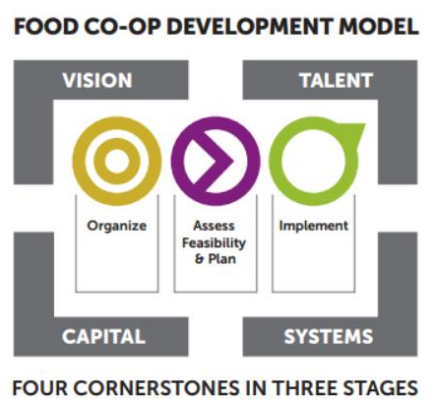 As we move through the Four Cornerstones in Three Stages model, there are many benchmarks for Ownership numbers that help us know when it’s safe to move on  to the next phase. An important part of the feasibility of the market is knowing that we have community support — through Ownership shares!

Also, by becoming an Owner now, you will have early voting rights and be a part of the building process of the community-owned grocery store. Your democratic say will begin earlier and have a huge impact.